It is normal to have vaginal discharge. It is your vagina’s way of keeping itself clean and healthy. Changes in the colour, amount, consistency, and smell of your usual discharge are signs of irregular discharge.

In the Gynecological Outpatient Department, vaginal discharge is a common complaint among female patients. Numerous investigations with participants from various social strata found that the prevalence of abnormal vaginal discharge ranged from 12.1% to 30%. A quarter of all adult women in Southeast Asia report having vaginal discharge, making it one of the most prevalent complaints there.

Around ten million doctor visits a year are attributable to complaints about vaginal discharge. Throughout your menstrual cycle, your normal discharge may change. If you notice any other changes in your discharge or if it is accompanied by other symptoms such as pain or itching, contact your healthcare provider. You should not use sprays, perfumes, or douches to make your vagina smell better.

A vaginal discharge can occur naturally or as a result of vaginal inflammation (vaginitis), which is often caused by an infection. The genital area (vulva), or the area around the vaginal opening, may also be inflamed.

Other symptoms are frequently present, depending on the cause of the discharge. During sexual intercourse, they include itching, burning, irritation, redness, and, in some cases, pain.

What exactly is vaginal discharge?

It varies in women or people assigned female at birth (AFAB). Some people discharge more than others, while others notice very little. If your normal vaginal discharge changes in color, consistency, smell, or amount, it could mean that something is wrong. Medication can be used to treat the majority of causes of abnormal vaginal discharge.

Vaginal discharge should be clear or white in most cases. It should not stink, and its thickness will fluctuate throughout your menstrual cycle. Other features of vaginal discharge include:

Clear, milky white, or off-white vaginal discharge is considered healthy. A discharge that is dark yellow, brown, green, or grey may indicate an infection or another problem.

Vaginal discharge may have an odor, but it should not be overpowering or unpleasant. If your discharge has a fishy or bad smell and changes in texture or color, you might have a vaginal infection.

If you notice any of the following symptoms, please contact your healthcare provider:

What does the color of your vaginal discharge indicate?

The color of your vaginal discharge could indicate a problem:

Yellow, grey, or green discharge may indicate a bacterial or sexually transmitted infection

Brown or red discharge is typically associated with irregular menstruation or pregnancy (implantation bleeding). If you have brown or red-tinged discharge and it is not your period, this could be a sign of a problem.

Normal vaginal discharge is clear, white, or off-white. If your discharge is white but thicker than usual or itches, you may have a yeast infection.

If your vaginal discharge changes in color or consistency, or if it comes with other symptoms like a bad smell, itching, or burning, you should talk to your doctor. It is always preferable to have an exam to rule out any infection.

Is there an infection if my vaginal discharge changes?

Maybe. Your discharge may change color, become heavier, or smell unusual. You may notice irritation around the vaginal opening. You may also notice changes prior to or following your period. Changes in vaginal discharge may or may not indicate a vaginal infection. If you are unsure, contact your healthcare provider.

What infections cause changes in vaginal discharge?

A variety of infections can cause vaginal discharge to change or smell unpleasant. Many of these infections can be transmitted through sexual contact with an infected person.

This is a sexually transmitted infection (STI) that you get from having sex with someone who is infected. Trichomoniasis is caused by a parasite. It turns your vaginal discharge green, yellow, or grey, and it makes it bubbly or frothy. Antibiotics are used to treat it.

Bacterial vaginosis occurs when there is an overabundance of specific bacteria in your vagina. Sexual contact can sometimes transmit it, but not always. People with BV have white or grey discharge that smells and tastes fishy. Antibiotics are used to treat it.

Chlamydia and gonorrhoea are two common STIs that can be contracted through sexual contact with an infected person. Both infections are treated with antibiotics prescribed by your doctor. Cloudy, yellow, or green discharge is seen in some people with these infections. If left untreated, the infection can spread and cause pelvic inflammatory disease and pain.

Is vaginal discharge caused by anything other than an infection?

Infection does not always cause vaginal discharge. Vaginal discharge can also be caused by changes in the normal balance of healthy bacteria in your vagina and sexual excitement.

Other factors that can cause discharge are:

Why do I have vaginal discharge on a daily basis?

It is normal to have some discharge every day. It’s impossible to avoid because it’s your body’s way of keeping your vagina clean and healthy. If you’re concerned about excessive discharge, wear a pantyliner to absorb the fluid.

How does vaginal discharge change during pregnancy?

It is normal to experience an increase in vaginal discharge during pregnancy. This is done to keep infections from entering your uterus. Increased progesterone levels can also cause you to produce more discharge. If you notice changes in your vaginal discharge while pregnant, you should contact your pregnancy care provider.

What causes the odor in my vaginal discharge?

What causes my vaginal infections?

Healthcare providers do not yet understand all of the causes of vaginal infections. They are aware that some types are spread through sexual contact with an infected person. You may be more susceptible to infections if you:

Is it possible to have more than one vaginal infection?

Yes. You could have two or three infections at the same time.

What is a typical discharge?

A normal discharge usually has no odor. Typically, it is milky white or thin and clear. During the childbearing years, the amount and appearance may vary during the menstrual cycle. For example, when the egg is released in the middle of the cycle (at ovulation), the cervix produces more mucus, which is thinner.

The amount and appearance of the discharge are also affected by a pregnancy, the use of birth control pills (oral contraceptives), and sexual arousal. Estrogen levels fall after menopause, which often reduces the amount of normal discharge.

A discharge is abnormal if any of the following occur:

An abnormal discharge is usually caused by vaginitis, which is caused by a chemical irritant or an infection.  The most common causes of vaginal discharge vary according to age.

Common causes in childhood include:

When young girls, especially those aged 2 to 6, wipe from back to front or do not wash their hands after bowel movements, they may transfer bacteria from the digestive tract to the genital area. If the cause is a foreign object, the discharge may contain trace amounts of blood.

A vaginal infection is usually the cause of a discharge during the childbearing years. The most typical are:

The following factors promote the growth of harmful bacteria (and thus increase the risk of vaginal infections):

Many women experience abnormal discharge after menopause. Because of the decrease in estrogen levels, the vagina thins and becomes drier. A thin, dry vagina is more prone to irritation and inflammation, resulting in discharge. The genitourinary syndrome of menopause refers to symptoms that affect the vaginal and urinary tract after menopause. Vaginal dryness, pain during sexual intercourse, urinary urgency, and urinary tract infections are among the symptoms.

Causes that are less common:

Sexual abuse as a child could be the cause. Abuse of this nature can result in physical harm or a sexually transmitted infection.

Urine or stool may irritate the area around the genitals and anus in older women, resulting in vaginal discharge. Such irritation can occur when women are incontinent (pass stool or urine involuntarily) or bedridden.

Various products that come into contact with the genital area can irritate it and sometimes cause a discharge at any age. Hygiene sprays, perfumes, menstrual pads, laundry soaps, bleaches, fabric softeners, and sometimes spermicides, vaginal creams or lubricants, vaginal contraceptive rings, diaphragms, pessaries, and latex condoms are examples of such products.

In rare cases, women develop abnormal openings (fistulas) between the intestine and the genital tract, resulting in vaginal discharge. This discharge occasionally contains stool. Fistulas can be caused by any of the following:

Doctors can often determine the cause of an abnormal discharge based on the discharge’s characteristics (such as appearance and odor), the woman’s age, other symptoms, and simple tests that provide quick results.

Certain characteristics in women with abnormal discharge are cause for concern:

When should you see a doctor?

Women and girls who exhibit the majority of the warning signs should see a doctor as soon as possible.

If a woman recognizes the symptoms of a yeast infection, is certain that it is a yeast infection, and has no other symptoms, she may use a nonprescription vaginal treatment if one is available. A yeast infection usually causes a distinct discharge. It’s thick, white, and clumpy, similar to cottage cheese.

However, yeast infections can cause primarily itching and burning with only a minor amount of discharge. Women should see a doctor if the discharge persists or if symptoms return after treatment.

A foreign object in the vagina may cause a vaginal discharge in children. Sexual abuse is possible if no foreign object is present and children show signs of injury. If they have unexplained vaginal discharge, a sample of the discharge is collected and tested from the vagina or cervix. If abuse is suspected, precautions are taken to protect the child, and the case is reported to the appropriate authorities.

Disclaimer: This information is for educational purposes only, and no medical advice should be inferred from it. Before changing your diet or adding supplements, please talk to your doctor.

If You Want To Live Your Life Spend Time With Yourself

Mood Swings – A Disorder Not To Be Neglected 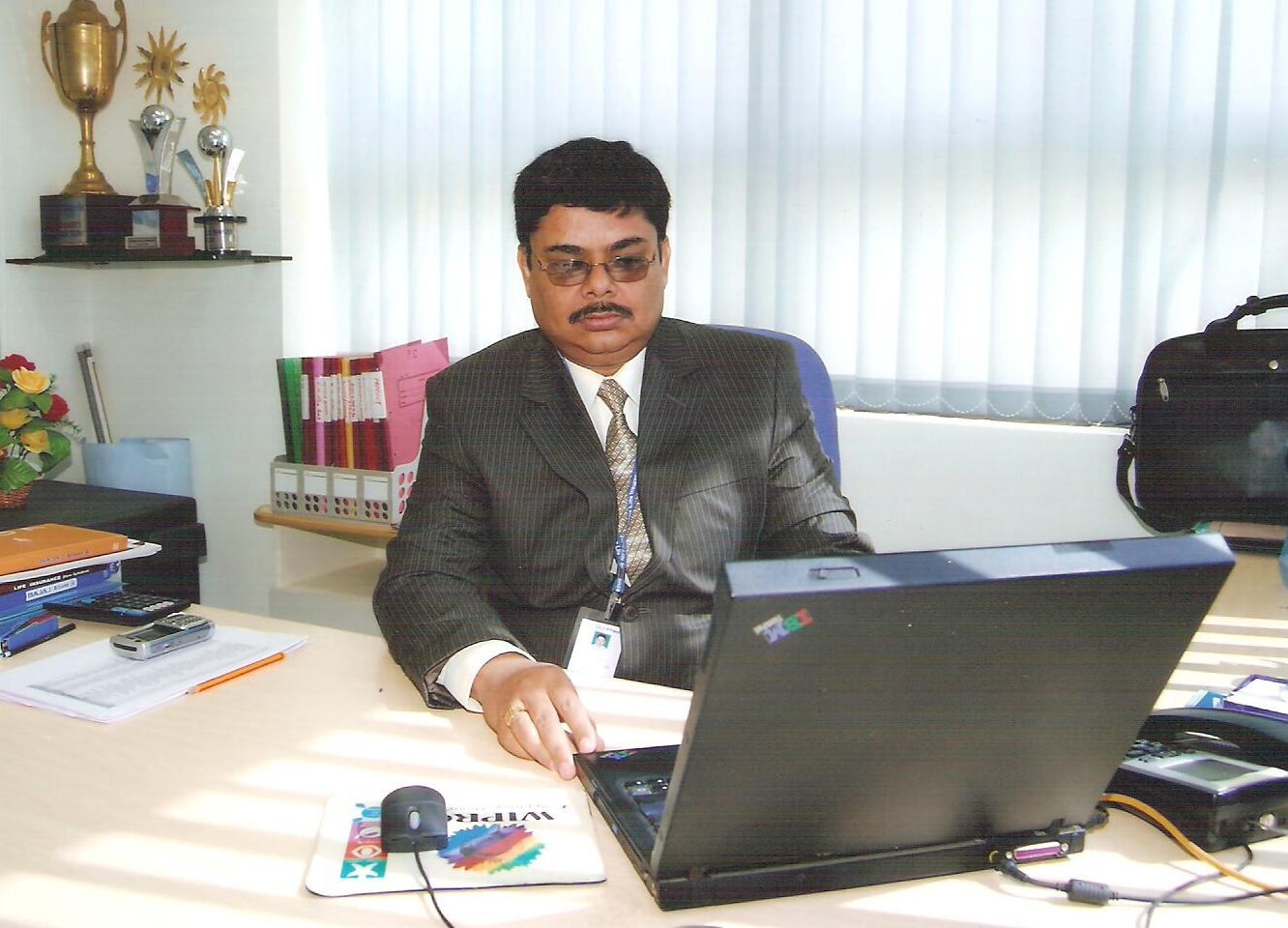